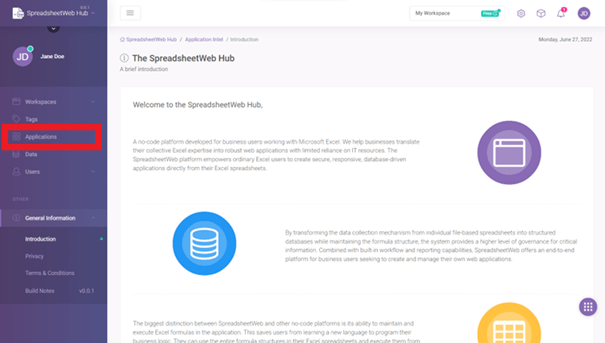 On the opened page, there are two Create A New Application buttons. Click on one of them.

Give your application a name, then, upload your Excel file. Then click on Create Application button. 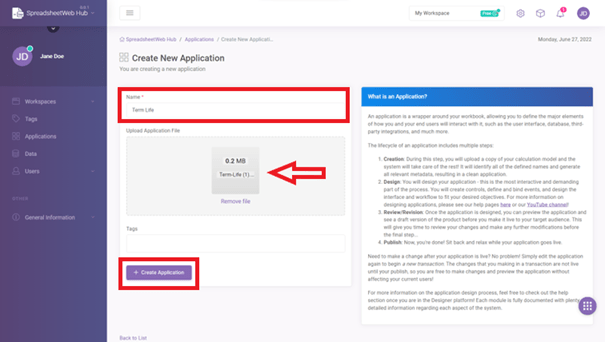 Make sure that your workbook contains Named Ranges before you upload it, because the Designer will make reference to Named Ranges. If your workbook doesn’t have any named ranges, you will get an error in the designer interface. To utilize a cell or series of cells in the Designer, you must first define that range as a Named Range in Excel. As a result, it is very important that you go through your workbook and identify inputs and outputs before beginning the development process. Below is a breakdown of the three types of named ranges.

Once you upload your file, you can start building your application from the designer interface. You can go through the User Interface, Pages, Database, Style, and Events modules in any order you’d like. If you begin by creating the user interface first, building the database afterwards will be easier through the use of Add Used Columns. 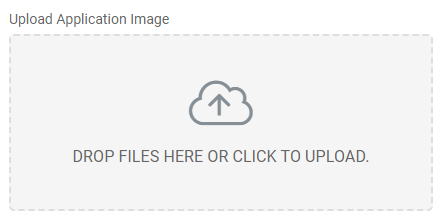